Ohio-based ImagineThis, a premier large format and out-of-home digital print shop, specializes in sign and display printing for the East Coast of the US and is growing fast with new national sales.

With over twenty employees at its Massillon, Ohio, site focused on delivering high-quality, high-speed large format design and printing, the company operates six presses and has been growing over 25% year-on-year since its inception in 2010.

Focused on wholesale, trade-only business, the company prides itself on ‘going large’. Whether customers are seeking large quantity orders or the largest outdoor graphics – from billboards to banners, murals to fleet graphics – the team at ImagineThis has the capability to deliver. 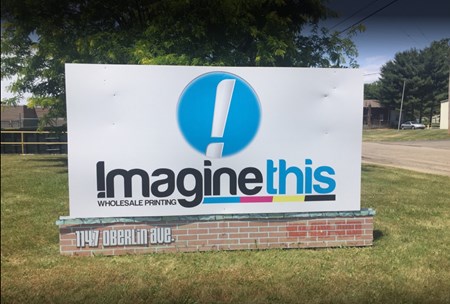 In talking to the Esko team, we realized that automating our workflows could be the way forward. 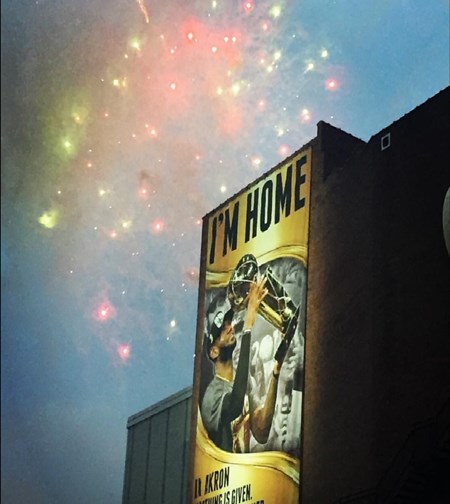 Having invested in Esko Kongsberg cutting tables early on in its business journey, the team at ImagineThis turned to Esko once again when the going got tough.

Scott Staten, ImagineThis Prepress Manager, comments: “Our business has been ramping up quickly. We’ve been really successful in growing sales right down the East Coast of the US, and with investment in online promotions from our sales team, we are expanding nationally. This has seen us jump from handling 40 to 50 jobs per day, to more like 60 – 80. This was creating pressure in the prepress department and to be honest we were struggling.

“We needed to catch up, get ahead and not be holding up the presses. The only way seemed to be to invest in more employees to keep us moving but in talking to the Esko team, we realized that automating our workflows could be the way forward. We discovered a better way to remove complexity and the labor challenges from the business.”

We were really impressed with the support from Esko. They not only got to know our business inside out but made sure we were appropriately trained to take the reins once they left.

Automation Engine is an Esko workflow solution. It not only automates print production tasks but integrates business systems to speed up processes and importantly reduces the error rate and need for operator intervention, even in fast paced prepress departments.

The Esko technical service team spent five days in the ImagineThis prepress department understanding the bespoke and short-run nature of the business. Scott and the company’s three prepress operatives received training to develop customized, automated workflows for the business.

“We were really impressed with the support from Esko. They not only got to know our business inside out but made sure we were appropriately trained to take the reins once they left. We also visited the Esko Miamisburg, OH, office to receive further education and training once we were up and running. This was really helpful and meant the system was designed for us and we could adapt it as we moved forward, rather than feeling that we needed to adapt to it.”

“Initially when we installed the system, I managed the workflow designs in Esko Automation Engine and the more difficult and complex jobs, while the operators got on with running the more standard work. That’s completely changed now – we are all fully trained on Automation Engine.” 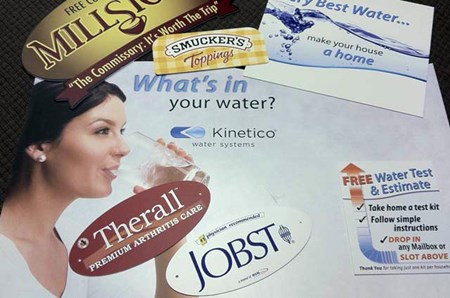 We are now waiting for customer service to process jobs, rather than them chasing us for production! 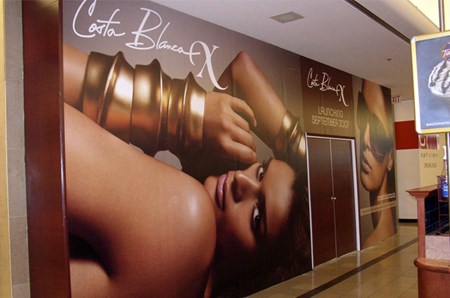 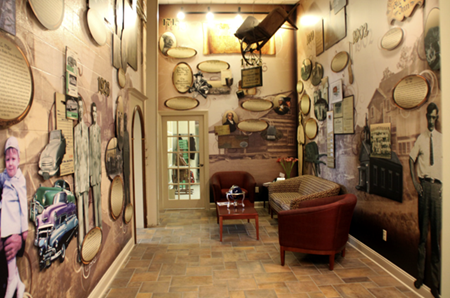 First and foremost, the integration of Automation Engine has enabled ImagineThis to successfully handle the upswing in the number and complexity of jobs – moving from a typical 50 per day to over 80 – without adding additional headcount or compromising on the renowned quality standards of the company.

“We are now waiting for customer service to process the jobs, rather than them chasing us for production!” said Scott.

The company is predicting a further 30% increase in business in 2020 so the pressure on the prepress department continues unabated.

“With the flexibility and capability, we now have in the business using Automation Engine, we’re not stressed by further growth plans. We do lots of one-off work and short runs for our customers, fast turnaround is the norm. But with the flexibility, transparency and quality we’ve secured by using Automation Engine, and knowing that Esko is there to help us out if we ever run in to problems, we’re excited by the future potential of the business.”