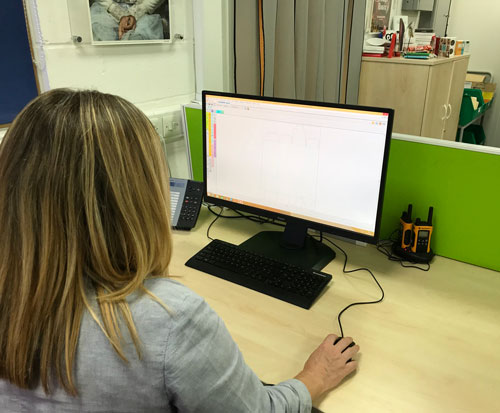 Matthew Elston, The Alexir Partnership’s Pre-Production Manager, explained the partnership began after an existing system stopped being supported. Previously, he had worked for MY Holdings and invested in solutions from Artwork Systems, subsequently acquired by Esko. He says: “We went from step-and-repeat platemaking straight into CTP using Artwork Systems. Two years after the MY Holdings project started, I looked back and couldn’t believe the difference in productivity. So, when it came to making a choice again, it would have been a crazy decision not to go with Esko. I am a great advocate of the ability of Esko solutions to make a huge difference in packaging operations.” 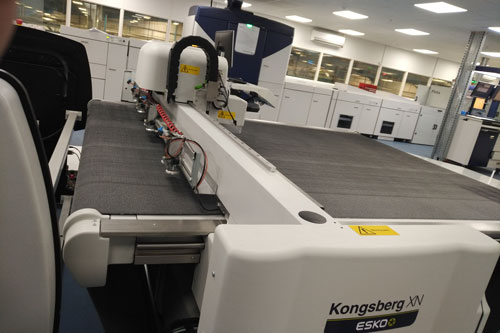 He continues, “Esko looked at what our requirements were. They advised not to replicate what we had but rather to think about what we would like the solutions to do and they will make that happen. So, one of the biggest challenges I had, was taking a blanket file to output on the Kongsberg table without any human intervention. Esko came up with a solution that even someone like me can run. My objective was the holy grail – no manual intervention. We are not quite there yet, but we are very near.”

Before the investment, The Alexir Partnership was considering employing more staff to keep up with the workload. Elston says, “Today, we still have the same number of people, and our overtime costs have been reduced by 75%. When the Esko solution was first installed in 2016, turnover was around £14 million; this year, we are approaching £18 million. We also had a standing order of 1500 plates per month, and now we have to order 300 or 400 more because of the increased volume of work. The Esko solutions have not only improved our overall efficiency by automating as much of the workflow as possible, allowing us to do more work with the same number of employees, but still leaves us plenty of room for continued growth.” 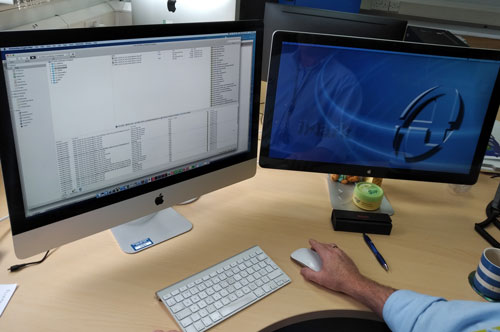 The operation has a plan in place whereby every job scheduled for the next 72 hours has all necessary elements ready. This allows the scheduled work to be completed seamlessly and last-minute jobs to be easily executed. With Automation Engine, this is even easier to accomplish, making the process significantly faster.

One of the most interesting benefits has been ArtiosCAD’s ability to enable the operation to establish its own sampling services: “We have done some profile design work ourselves, using ArtiosCAD and the Kongsberg table. The numbers are mind blowing. The cost savings alone amount to tens of thousands of pounds per year. We are saving thousands a month by reusing cutting blankets as well. And with the sheetfed machine, producing 200 samples is no longer a headache. You just set it up, and it carries on. Before, producing a small number of samples was a hassle – and very costly.

“Also, having samples in your hand helps product development. People from different departments can get together to review these physical samples. With the correct people involved from the beginning, we can get it right the first time and don’t spend days in approval.”

Elston expands, “These are the big wins that anyone can achieve. I was confident with the results I could get by implementing Esko solutions, but even I was surprised by the numbers; and my chairman now says the investment was a ‘no brainer’. The next step is to help customers go online and create their own profiles with WebCenter, upload artwork and print. We also haven’t yet investigated the ability to automate imposition and proofing so these activities can be carried out, even when there is no-one here.”

On working with Esko in partnership to develop these solutions, Elston states, “I could see the potential. We developed desired state scenarios, and Esko worked with us to come up with solutions. I prefer to brainstorm with others to come up with a solution, and the fact that Esko offers that level of service is very valuable. Our prepress department is in operation from 6am to 6pm, five days per week, and our presses run 24 hours a day, seven days a week. Esko’s solutions support that level of activity successfully. For me, it is all about automation. Let’s not put people in seats doing repetitive work; let’s see what software can do for us. It has been an incredible transition period for us – just by looking at the benefits that are already being realized, I know there will be more to come.”

The Alexir Partnership is unique in the UK in that it is the only business in the food sector that can create, package and pack products from design to delivery within one enterprise. www.alexir.co.uk