100% of jobs to be produced internally

The CDI Spark 4260 Auto's high level of automation allowed us to achieve this with no increase in head count. Indeed, the entire plate imaging cycle requires no involvement from our operators. This was a key element of our initial project specifications, and the CDI has met this requirement.

Founded in 1966, Wipak is among Europe's leading flexible packaging printers. As part of the Finland-based Wihuri Group, Wipak is headquartered in Helsinki, Finland and operates 11 manufacturing plants across Europe, in Finland, France, Germany, the Netherlands, Poland, Spain and the UK. The Wipak group has 1,800 employees and generates an annual turnover of 400 million Euros. 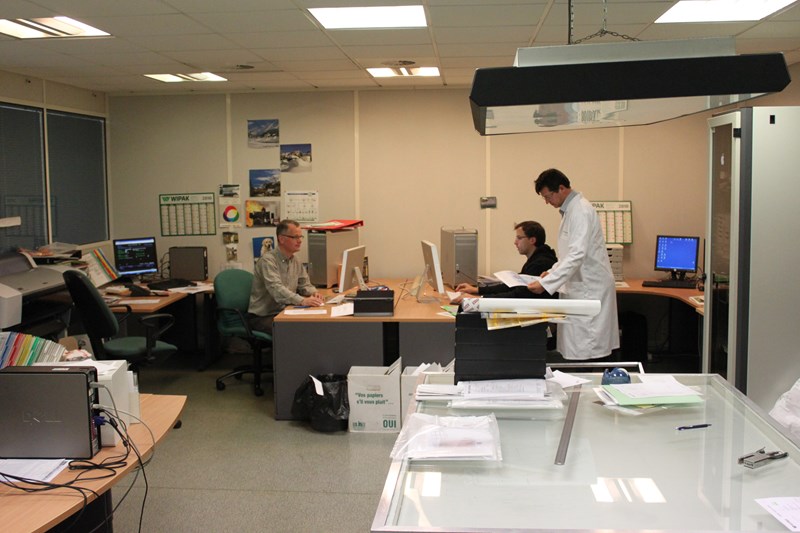 Wipak's French unit was established in 1985 and is based in Comines, near Lille, in the Northern industrial heart of the country. "We specialize in printing and converting food packaging items for the retail industry,” says Vincent Boggio, general manager of Wipak France. “We also produce packaging material for medical products". The company’s large customer base comprises over 600 companies in France and Europe, including major companies in cheese & Meat industries Wipak France has an annual turnover of 60 million euros and employs 220 people.

Wipak operates both gravure and flexo printing units. "We typically use gravure to produce packaging items with photos and an advanced graphic design,” says Boggio. “But for jobs involving a more basic design, based on spot colors, flexo is the more flexible and cost-effective option." However, Wipak notices a strong flexo push in the market. "The evolution of flexo printing techniques has now made it possible to achieve a print quality that rivals gravure," adds Boggio.

Flexo offers a number of advantages, such as being able to accommodate shorter run lengths thanks to faster make-ready times and fewer overheads. "The food packaging market increasingly favors a more varied number of product designs produced in smaller series. It’s a trend we ’ve been seeing for about five years and is gaining momentum," explains Boggio.

In response to this trend, Wipak decided in 2009 to further develop its flexo offering, as part of a large-scale production optimization program that began in 2005. The company invested in new flexo printing presses with online laminating units. The systems offer Wipak a higher level of automation and improved production efficiency, ensuring shorter turnaround times. At the same time, the company decided to bring digital platemaking in house.

After a thorough evaluation of systems available on the market, Wipak opted for a Cyrel Digital Imager® (CDI) Spark 4260 Auto with Inline UV Main exposure, which was installed in October 2009. The CDI has fully automated plate loading and unloading. The company also invested in EskoArtwork's ArtPro and PowerLayout software, as well as FlexRip and Flexo Tools, integrated with a BackStage prepress workflow.

"Previously, we were outsourcing our prepress work,” explains Christian Fin, Director Supply Chain at Wipak, France. “The digital files supplied by the designer agencies were processed by our specialists to make them flexo compliant. The files were then directed to a prepress service provider to produce a set of films along with the corresponding proof. With these elements, we produced our own printing plates using an analog workflow."

After investing in the CDI Spark 4260 Auto, Wipak can now carry out digital platemaking in-house. "We had quite a large volume to integrate,” adds Fin. “The CDI Spark 4260 Auto's high level of automation allowed us to achieve this with no increase in head count. Indeed, the entire plate imaging cycle requires no involvement from our operators. This was a key element of our initial project specifications, and the CDI has met this requirement." 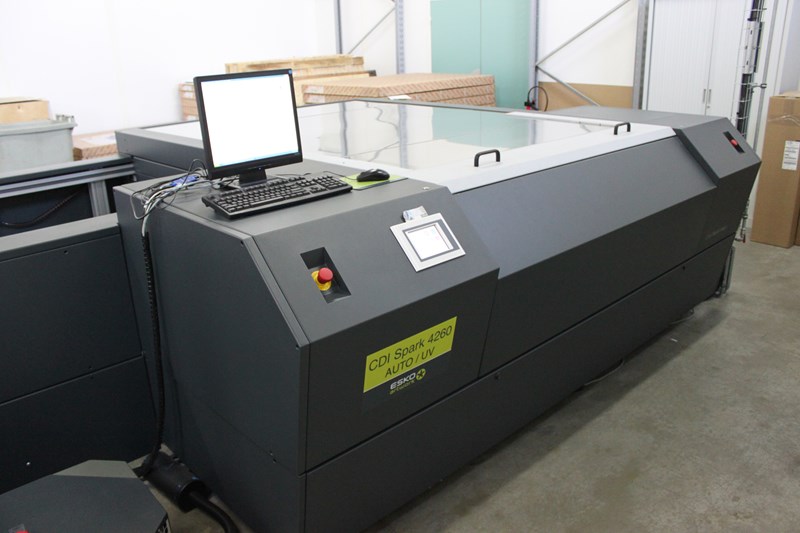 The installation of the CDI Spark 4260 Auto was carried out quickly and successfully. "Everything took place on schedule,” says Fin. “And there was a rather fast learning curve for our operators – we were in production in less than two months, ahead of what we anticipated." Mastering the software has also been very fast. The specialists now working with ArtPro and PowerLayout are the same who previously carried out file preparation using Adobe® Illustrator® and Photoshop®. The switch to the new software took very little time and caused negligible inconvenience.

100% of jobs to be produced internally

While the CDI Spark 4260 Auto was installed at Wipak's prepress department, a flexo quality improvement program was also being carried out. This project had driven Wipak to choose different inks and anilox cylinders to further increase printing resolution. The quality of the digital plates produced by the CDI Spark 4260 contributed significantly to making this project a success. Now, Wipak is considering using its digital plate making capabilities on the most demanding production jobs. "For the moment, the more complex jobs still go through our prepress service providers for file preparation, especially when the designs include photographs and when quality expectations are high. We will soon start producing these jobs internally.” explains Fin.“

Today, Wipak produces 25% of its flexo plates internally. And an increasing number of files prepared by third-party prepress service provides are now being imaged on Wipak's CDI plate imager. "Our goal is to produce all of our flexo plates internally, for all categories of production jobs. This could happen as early as next year,” adds Boggio.

One year after investing in the CDI Spark 4260 and integrated prepress solutions, Wipak is very impressed by the results: "Handling the prepress workload is much easier than before,” says Fin. “Turnaround times have been significantly shortened. We’ve moved from a three-day prepress cycle – involving film imaging and proof production using a third-party service provider – to less than half a day. So overall we’ve saved two and a half days, which is a significant achievement."

Wipak also sees an opportunity to improve flexo print quality, thanks to the resolution and accuracy of the plates produced using the CDI, backed by the production optimization process carried out in recent months. "Everything has come together and we’re now reaping the benefits of our efforts," sums up Fin.

Another important aspect of Wipak’s new prepress organization is its scalability. "The CDI has a plate production capacity that goes beyond our current needs,” says Fin. “Having such capacity gives us an excellent platform for growth, especially with flexo expected to gradually account for more and more of our production." 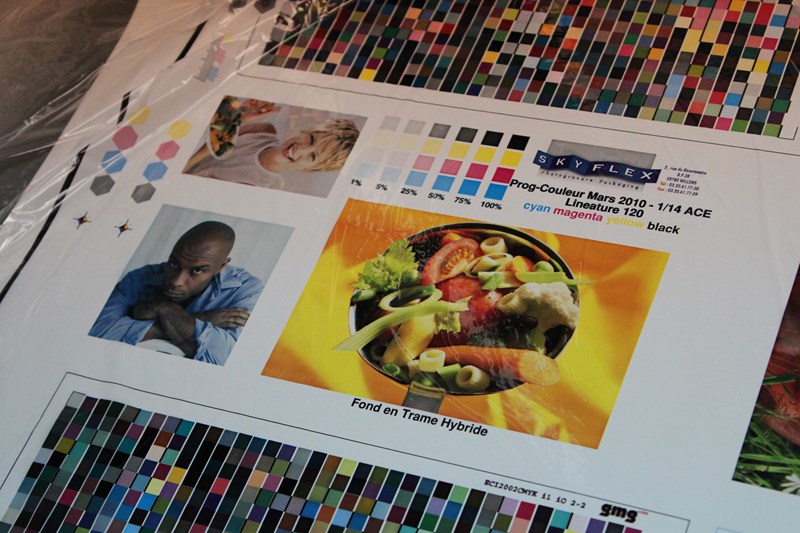 Wipak considers its investment in the EskoArtwork prepress solution as a strategic move that enables it to better address its customers’ requirements, increase customer loyalty and gain market share. "Our customers are increasingly turning to flexo printing for their print work,” concludes Boggio. “Flexo is very attractive because it is highly flexible and cost effective, and helps users to reduce their environmental impact. Our customers do require however the same level of print quality as with gravure. Our investment in the EskoArtwork digital flexo solutions allows us to offer our customers the best solution, while maintaining our competitive edge.”

And being the first company in Europe to operate the CDI Spark 4260 Auto is a great way to highlight Wipak’s innovation drive, which a has always been a company trademark.