With Automation Engine Connect, Flexokliché operates more efficiently. As a result, all the departments work faster.

Flexokliché had been operating a PC database application for all their jobs and administration. Actual production was done with Macs. There was an issue trying to coordinate the two computer operating systems, which generated a lot of unnecessary work.

Esko Automation Engine Connect offers a framework for any business component that needs integration with an Esko component.

Now that order information is sent directly to Automation Engine, my time – just bookkeeping – is 50% faster. All of the designers and account managers save time as well.

With Automation Engine Connect, Flexokliché operates more efficiently. As a result, all the departments work faster.

Linda Ekehage, Owner of Flexokliche says: “We have operated a full complement of Esko hardware and software for years. This includes Automation Engine running in the background overseeing the production of files with PackEdge and ArtPro—and Adobe Illustrator and Adobe Photoshop with the help of Esko Studio. We also work with Esko WebCenter to easily communicate with our customers, and their customers. This helps to provide easy and smooth communications. Our two CDI units never stand still and we offer the latest technology, including Full HD Flexo.” 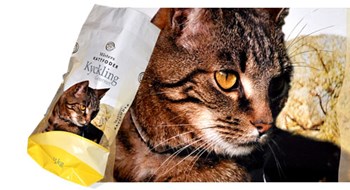 Ms. Ekehage continues: “While the workflow operated pretty well, we knew that we would be more efficient with the integration of our business system. We had been operating a PC database application for all our jobs and administration, while production was done with Macs. We had an issue trying to coordinate the two computer operating systems. I was conducting the administration of jobs on one computer and transferring information to our Esko system. There was so much unnecessary work.”

"We started to look for an administrative program that could run on Mac or PC platforms. We purchased from a small, local developer new MIS browser-based software that could run on either platform, and started working with it. When we were ready to integrate data from the MIS to Automation Engine, we learned that it was not easily transferred. We had purchased our MIS system purely on how it handled and worked. But, we had not thought much about future integration. We were told that it would be easy to connect to other programs. We started a simple XML transfer, but it never worked. That is how we stumbled upon Connect."

Connect was fully operational in 8 hours

I do not know how Esko does it, but it works. Connect was really easy. Once we got in touch with the right people from our MIS developer to understand the data files, it was really easy. It took Esko only about eight hours.

"We can now look up jobs easily in Automation Engine and keep track. Now that order information is sent directly to Automation Engine my time, just bookkeeping, is 50% faster. And that is just a small part of the workflow chain. All of the designers and account managers save time as well."

Connect with the future 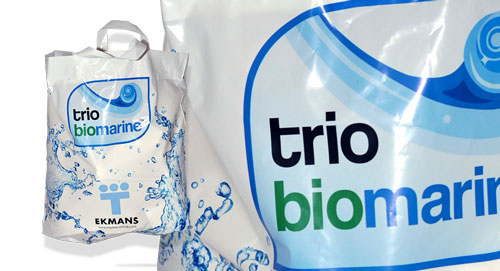 "Our vision is that we will connect even more. We invoice through our MIS system and foresee the time when Automation Engine will tell the costing system how much material and time was spent on a job. That will help set a final price for the job."

"Eventually, WebCenter will be be a part of the entire, connected system as well. We intend to import everything into Automation Engine, follow data through WebCenter, and see the current stage of each job in WebCenter. Customers will be able to see if a job is done and delivered."

We're a smaller company. Without Automation Engine Connect, it would have been extremely difficult, if not impossible, for us to connect our business system to our Automation Engine production workflow system. I am certain that other companies our size would have the same difficulties without Connect."