Québec-based Empire L.A. has become the first digital prepress and press-ready flexographic plate specialist in Canada to receive ‘best in class’ certification under the new XPS Crystal Program from Esko. 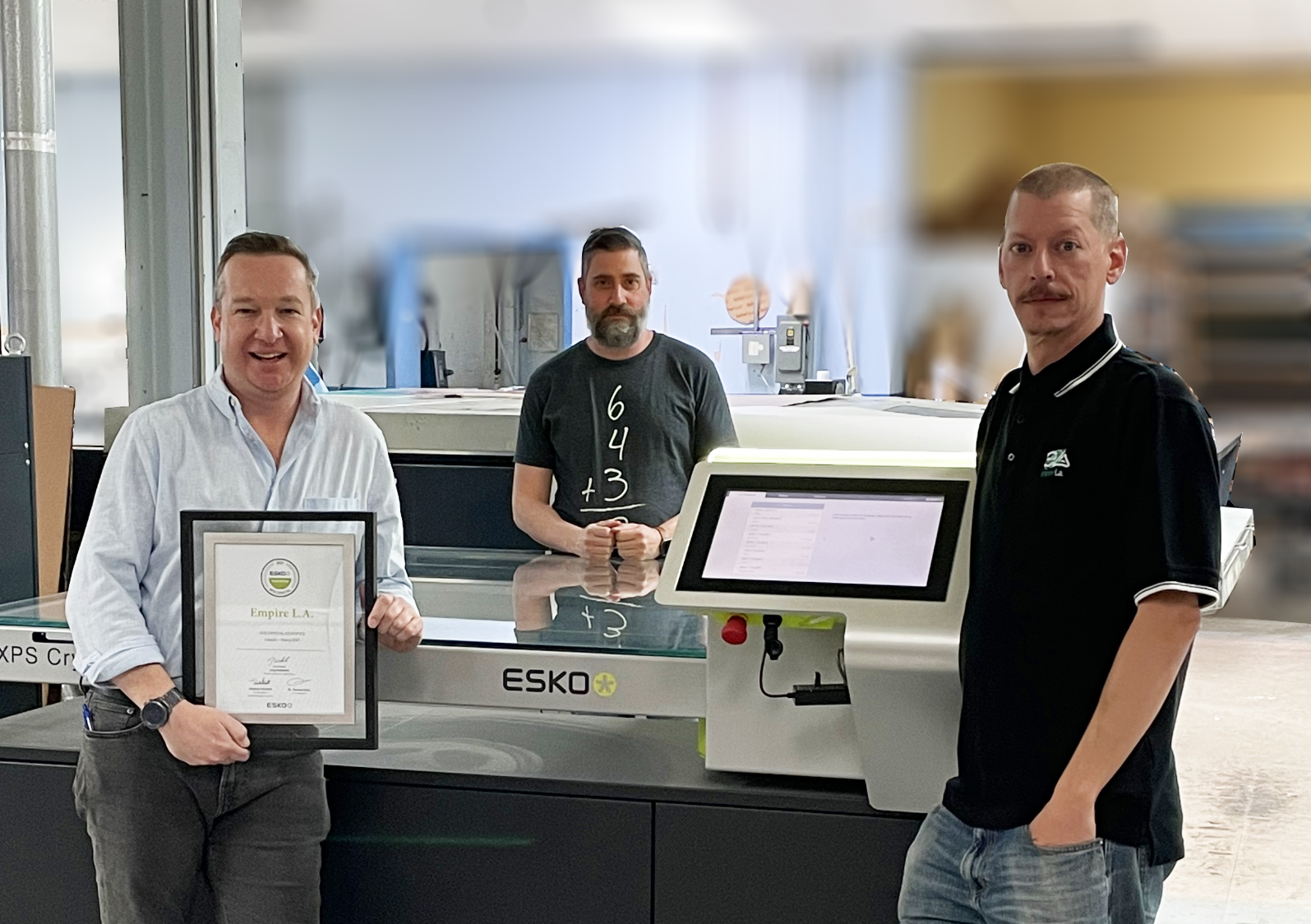 “We are delighted that Empire L.A. is not just among the first of our global customers to have achieved this accreditation, but the very first in Canada,” said Julian Fernandez, Flexo Business Development Manager with Esko. “The program was developed specifically to recognize those platemaking businesses that consistently produce superior flexo plates, which lead to excellence in flexographic print quality. Not only is certification a way for companies like Empire L.A. to communicate their best-in-class service offering to their supply chain partners and customers, but it also underlines their flexo platemaking performance.”

Since the formation of Empire L.A. in 2006 – when the established Empire Graphics joined forces with another leader in prepress, L.A. Graphics – the company has become one of the biggest players in the Québec market, serving a client base across Ontario as well as parts of the United States.

“Achieving certification under the Esko program is such great news,” said Mike Sheppard, VP Operations at Empire L.A. “We are very proud of the work we are doing here and through our success with the Esko XPS Crystal and our commitment to technology and quality we are continuing to grow the business.”

“Now in our 15th year as Empire L.A., the business is still managed by partners who are actively involved in the day-to-day and have been here from the very beginning,” said Mike. “We have been through the transition from rubber plates, all the way to digital polymer plates, and we continue looking to the future. We are delighted to become certified for our plate quality and appreciate all the support from Esko as we grow and keep pushing the envelope with additional new technology.”

As a certified Esko partner, Empire L.A. benefits from benchmarking and identification of best practice around quality control processes and production efficiency. Certification also enables the business to promote an extra level of quality assurance to customers, as well as providing reassurance of best practice in production processes and communicating the consistent quality of final print.

“What’s more, the XPS system uses LED technology to expose plates, replacing the need for fluorescent lamps which contain mercury and are dangerous for the environment,” added Julian. “As well as delivering a superior plate and therefore print quality, the Esko XPS Crystal LED technology eliminates that hazard and contributes to a cleaner plate making process.

“Everyone at Esko North America is proud to work with Mike and the Empire L.A. team, and we congratulate them for achieving this important certification,” said Julian Fernandez. “The program was developed to ensure the entire supply chain can meet the exacting needs and requirements of brands and converters, in terms of predictable and accurate plate quality and the highest plate making consistency available for any given photopolymer. Empire L.A. has a proven history of delivering to the highest standards and we are pleased to now recognize that through this important certification program.”

Certification is offered as part of the XPS Crystal Hardware Care Plan that ensures sustained quality improvement, as opposed to a one-off effort to secure certification. The process can be started either on installation, during a preventative maintenance visit, or on request.

For more information about the scheme, please visit www.esko.com/en/products/digital-flexo-platemaking/xps-crystal/certification