Esko has renamed its technology and demonstration center at its North American headquarters in honor of Mark D. Quinlan, the former two-time president of Esko Americas. 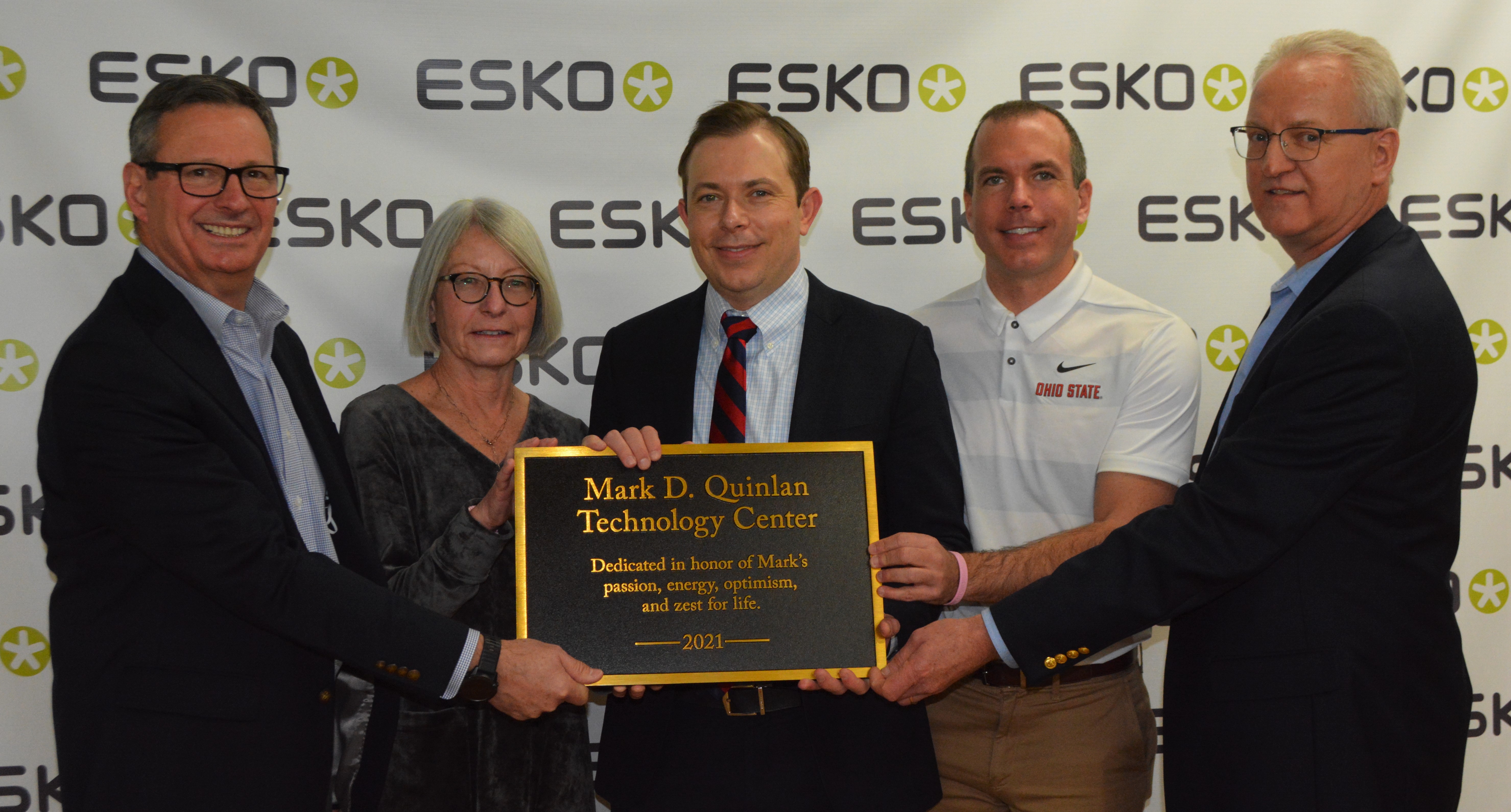 “Mark was an inspiring leader who firmly believed that Esko’s technology empowered our customers and sustained their profitable growth,” said Steve. “His enthusiasm was contagious, motivating everyone that worked with him. He demonstrated the highest level of business ethics and professionalism, growing the North America organization into a market-leading position.”

Mr Quinlan, of Centerville, Ohio, passed away in August 2021, surrounded by his family at a hospice in Dayton. During a lengthy career in the industry, he served as president of Esko North Americas for more than seven years across two terms.

“Mark’s vision of demonstrating the capabilities of end-to-end automation has been brought to reality in our new technology center,” said Steve. “As well as enabling the team to showcase the latest flexo platemaking and prepress technologies, either in person or virtually, the center is also an ideal base from which to dedicate our focus on the customer to Mark. He was totally committed to building a deep understanding of customer challenges, to listening to and addressing their specific needs, and that’s something that we are equally committed to and able to live up to from this facility. We’re incredibly proud to dedicate the center in Mark’s name.”