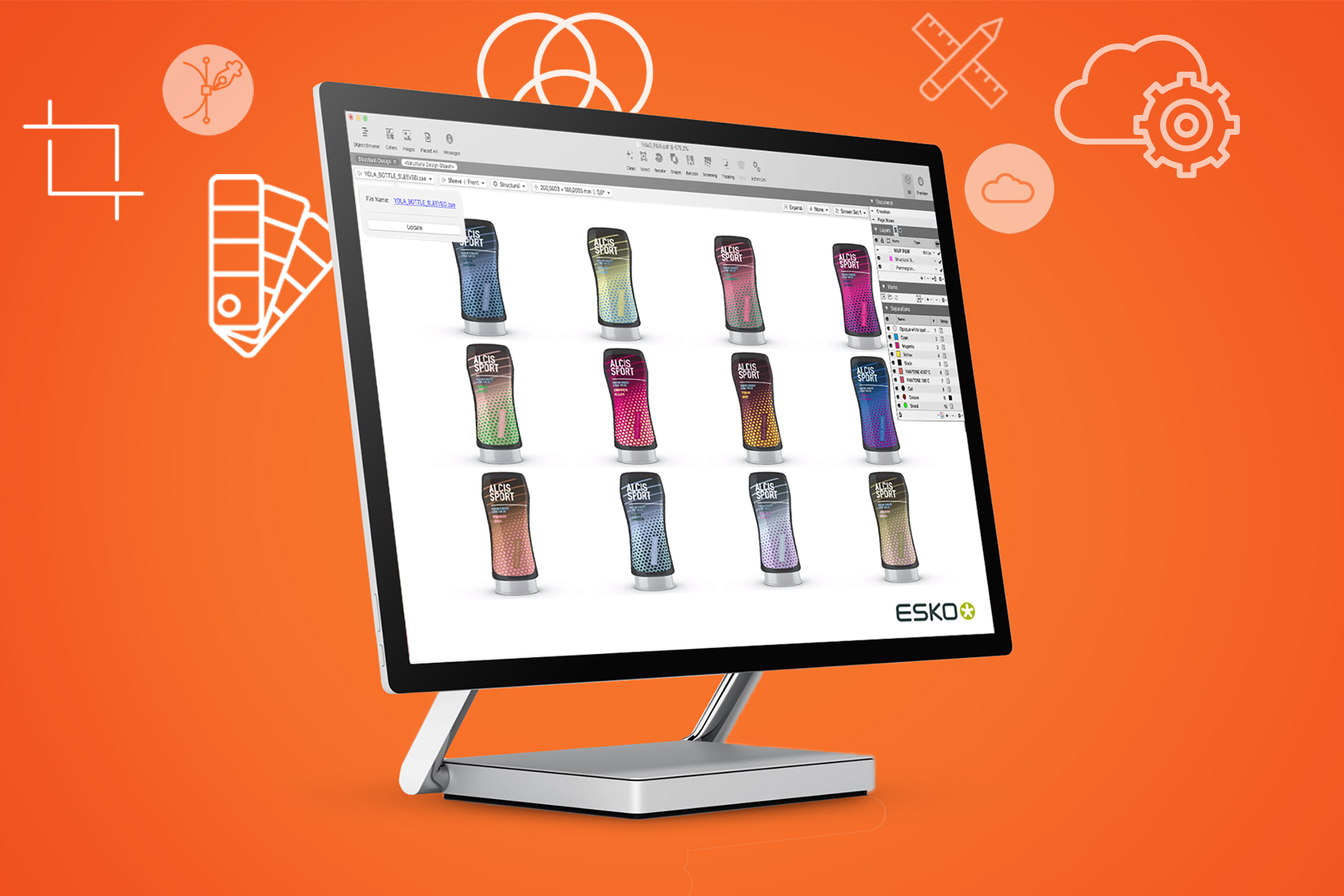 Esko has today (April 6th) launched the latest generation of its award-winning native PDF editor for packaging and label prepress, ArtPro+. With a new Variable Data Printing module and full integration with HELL gravure equipment, the latest version of the market-leading software delivers a further boost to prepress operational excellence.

Established as the leading native PDF editor for the packaging prepress process, ArtPro+ enables operators to reduce unintentional errors when editing and to automate repeating tasks without the need for any special programming skills. “With ArtPro+, prepress teams can enjoy the significant benefits of working directly on PDF files with a complete set of editing features,” explained Frank Woltering, Product Manager Graphic Editing at Esko. “With this new release, our next generation prepress editor further evolves to meet the growing needs of packaging professionals in today’s business environment.

“With new ArtPro+, Esko is the only solution provider that offers a Variable Data Printing (VDP) solution to label and folding carton converters running Adobe Illustrator or PDF in their prepress operation,” said Frank. “Traditionally, VDP jobs can take hours to expand and rip, for what takes minutes to print on press. Jobs can be cumbersome, involving patchwork data from various sources or vendors, and can comprise thousands of variations, making normal human approval processes impossible.

“But now with ArtPro+ users can convert any artwork file to a VDP template and validate the output before print,” he said. “ArtPro+ contains all the functionality needed to go from a customer file to a print ready file in just a few clicks and without leaving the application. Images, text and barcodes can be made variable in size, layout and color by reading a record from a CSV database. The rule-based validation capabilities not only check the database, but also preflight the final output and report on potential printing issues before going to press,” said Frank. “The VDP module allows data to be expanded directly into a Step & Repeat template, resulting in a fully stepped and repeated layout file ready to print.”

New ArtPro+ is also fully integrated for use with HELL equipment. “HELL is the global leader in gravure equipment, which is why we ensured the new ArtPro+ integrates with the proprietary HELL Job Ticket format,” said Frank. “With full integration with Esko Automation Engine as well, classic gravure automation can now become a 100% PDF native.”

The HELL integration and the new VDP module add to an already packed list of features in the state-of-the-art software, which significantly reduces the time spent on non-value adding tasks and increases the speed of jobs to press.
“Simply put, ArtPro+ increases packaging prepress efficiency by eliminating errors and increasing automation of the editing process,” said Frank. “Everything from the screening quality tool and touch of a button preflighting to the automated text recognition and PDF Action Lists has been specifically designed to tackle today’s prepress challenges and improve operational excellence for our customers.

“For example, the aesthetic trapping algorithm we recently introduced makes trapping jobs up to 70 per cent faster,” he said. “This innovation closes misregister gaps and accommodates individual exceptions, and we were thrilled when it scooped a 2020 InterTechTM Technology Award from PRINTING United Alliance.

“With ArtPro+ we had already set the benchmark in prepress editing,” said Frank. “With this new release we’ve raised that level higher still, and we’re sure dedicated ArtPro+ customers and new users around the globe will be equally impressed with this latest version.”

Anyone wishing to learn more about ArtPro+ can do so by visiting the Esko Innovation Hub (www.innovation.esko.com), designed to provide users with a unique insight to the Esko Software portfolio of innovations in a virtual environment. Users can navigate around the latest integrated solutions from Esko, in their own time, accessing insights and technical information, as well as learn new ways to boost business productivity, efficiency and profitability.

For more on the new ArtPro+ from Esko, visit www.innovation.esko.com.