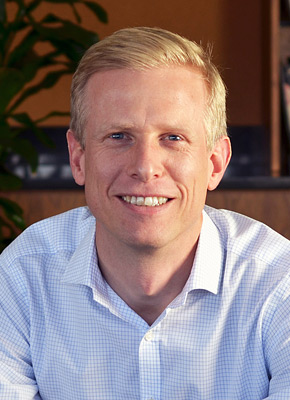 “We thank Udo for his excellent service to Danaher over the past ten years, including leading Esko since 2015,” reflected Joakim Weidemanis, Executive Vice President of Danaher, Esko’s parent company. “Under Udo’s leadership, Esko repositioned the flexo plate production business through innovation and moved to a new site in Itzehoe. Udo also built up Esko’s business serving brand owners, including the acquisitions of MediaBeacon and BLUE, and initiated Esko’s software migration to software-as-a-service (SaaS).”

Mattias Byström brings with him over twenty years of general management experience. Most recently he was CEO of FlexLink, a global $300 million factory automation solutions business with headquarters in Gothenburg, Sweden. Byström has eight years of prior Danaher experience in different leadership roles in what was then known as Danaher Motion. This included leading the Automated Guided Vehicle business, primarily a software systems enterprise. Earlier in his career, Byström co-founded and led two digital start-ups.

“With his unique management and technology background, Mattias is ideally suited to lead Esko now. I am very happy to welcome him back to Danaher and excited to place him at the head of this important business that is simplifying the packaging value chain,” adds Weidemanis.

Commenting on his new appointment, Mattias Byström says, “Esko has incredible potential because digitization, automation and connectivity have gained momentum in the packaging industry in the past few years. It is my priority to ensure that Esko delivers stronger innovation that is increasingly valuable to our customers.”


About Esko
Packaging Connected. Esko helps its customers to make the best packaging for billions of consumers. The Esko product portfolio supports and manages the packaging and print processes for brand owners, retailers, designers, premedia and trade shops, packaging manufacturers and converters.

Enfocus, with its PDF quality control tools and automation solutions, MediaBeacon, with its digital asset management (DAM) solutions and BLUE Software, with its SaaS label and artwork management applications are all part of the Esko family. Headquartered in Ghent (Belgium), Esko employs about 1,800 people worldwide. Esko is a Danaher company.