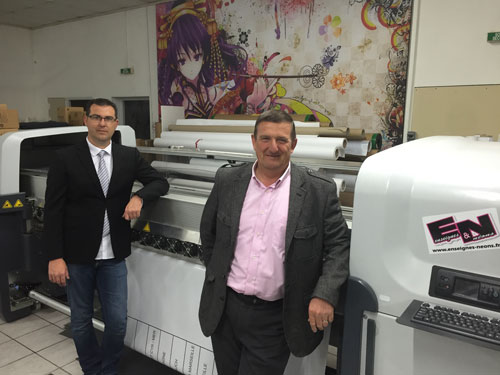 Enseignes & Néons, based in Istres on the Mediterranean coast near Marseille, was founded by Gaylor Herold and Christian, his father, as a sign company (letters, figures and logos painted by hand, later cut from wood or plastic and made out of neon tubes, LEDs, etc.). Today, it has a much broader scope following the addition of digital wide format printing. The company operates three HP Latex wide format printing systems and aims to be as eco-friendly as possible.

Following considerable growth in the region and the acquisition of many new customers, Enseignes & Néons found its ability to meet the increased workload had become endangered. The company decided it was time to review its overall workflow. A key area of opportunity was the automation of checking and validating of incoming files and file imposition in preparation for print using tools the company already employed. Enseignes & Néons wanted to determine if that approach would create an optimum solution for media and waste reduction.

This led to Herold and his team acquiring Automation Engine from Esko to introduce production improvements that would save time, reduce waste and cut costs.

Previously, the turnaround of incoming files took too long because they had to pass through the prepress, RIP, printer and cutter stages with significant manual intervention. Capacity needed to be increased, and the overall production cycle required more standardization. The company needed to shorten production times and increase efficiency; i.e., reduce the number of errors, streamline workflows and reduce human intervention to minimize the potential for mistakes.

Reduced time for file preparation by 50% 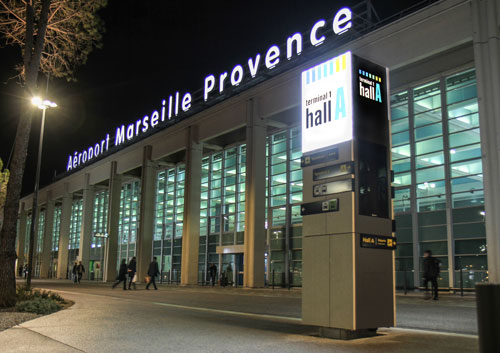 Enseignes & Néons Managing Director Gaylor Herold explains, “In fact, by ‘instructing’ Automation Engine how to print and cut, we are reducing the time it takes in prepress to check and prepare incoming files by approximately 50%, and it saves another 50% in the process of optimizing the files for production and validation by the customer.”

In addition to the time savings since Automation Engine was installed, the number of steps in the overall production workflow when comparing the former manual approach to the new automated approach is now down to 30%. Herold adds, “Previously, the entire process between a file entering the system and leaving as a product took at least one hour. With Automation Engine, it is down to approximately five minutes. Moreover, the automated process reduces the potential for human errors and the need for human intervention. If the system tells us we require human intervention, we will obviously take action. Automation Engine gives us the freedom to focus on more work with the same equipment and eliminates repetitive manual tasks.” 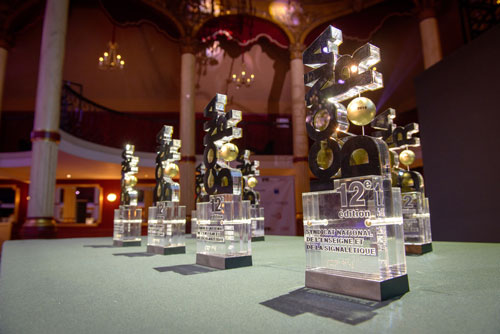 The investment in Automation Engine comes five years after Enseignes & Néons invested in a Kongsberg XP24 cutting table, which matched the company's requirements perfectly. It was chosen as it was the only machine at that time to have a 3kW cutter, strong enough to even cut V-notches in Re-Board plates. Herold says this finishing machine still runs flawlessly, handling all the finishing work generated by the company’s latex printing systems.

Enseignes & Néons’ expertise was recognized in March with its first Golden Icon. It won the “Signage Award, created externally” for 13 luminous directional and digital totems at Marseille Provence Airport. Three of these totems were 12 meters tall and weighed 15 tons each.