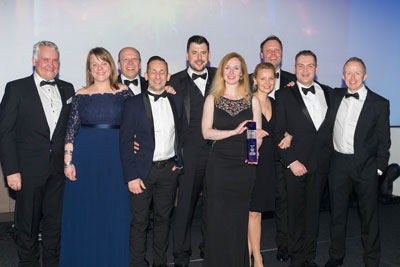 Ghent (Belgium), 23 March 2018 – Esko is pleased to announce that its XPS Crystal flexo plate exposure unit has received the prestigious 2018 EFIA Gold Award for Technical Innovation. The EFIA Awards were held at The Vox Centre in Birmingham, UK on Wednesday 14th March. The Gold Award was presented to Robert Bruce of Esko by Paula Birch, Sales Director at Parkside Flexibles. 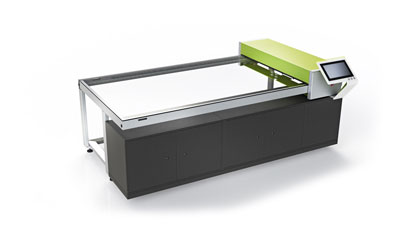 Debbie Waldron-Hoines CEO of EFIA states, “We awarded the coveted Supplier of the Year Award for Technical Innovation to Esko as the XPS Crystal Exposure Unit brings huge advantages to the Flexo printing community. Removing complexity through automation is a game changer for our industry.”

James Mason, Esko’s UK Sales Manager says, “Winning EFIA’s Gold Award for Technical Innovation was a very proud moment for Esko and the UK team. The UK market has always had a reputation as early adopters of Esko’s latest technologies associated with furthering quality and consistency in flexo print. We are delighted that EFIA has recognized Esko’s XPS Crystal as the next step in the journey towards superior flexographic platemaking. Esko is setting new standards in the market place.” 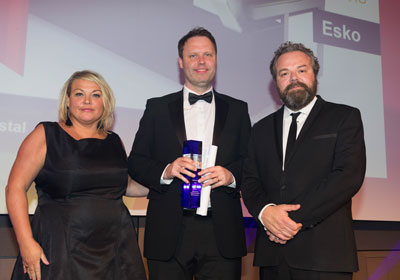 Esko has partnered EFIA for many years. The flexographic organization supports Esko’s UK based supply chain customers through nationally accredited training programs. Esko has been instrumental in compiling part of the syllabus and also offers trainees a full day’s tuition on the topic of origination – teaching delegates how artwork is engineered to produce the highest quality Flexo print though industry standard solutions including software, imaging systems and now the XPS Crystal LED exposure technology.