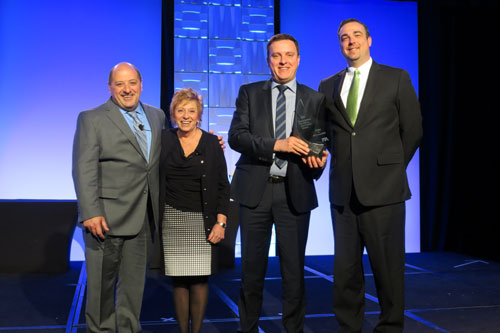 “Esko has always pioneered ways for flexo tradeshops and printer/converters to produce plates better and more efficiently. We have innovated flexo plate imaging ever since the digital imaging device was introduced at drupa in 1995 with the CDI, and we received an FTA Technical Innovation award in 1998 as the first computer-to-plate system for photopolymer flexographic printing. Likewise, Esko’s HD Flexo and Full HD Flexo technology have received a number of industry tributes. Now we are thrilled that the XPS Crystal exposure unit has been similarly honored. We are convinced it is a revolutionary technology in the same way as the CDI was, offering extraordinary, consistent quality as well as a way to automate flexo platemaking operations,” enthuses Thomas. “The customer feedback on the XPS Crystal reports significant consistency and quality gains.”

For more than two decades, FTA has sought to recognize and celebrate the incredible achievements made by individuals and companies, large and small, which have contributed to the growth of flexography. The Technical Innovation Award recognizes companies and/or individuals whose visions and perseverance bring new products and technologies to the flexographic marketplace. FTA has celebrated those creative thinkers and risk-takers who seek ways to further refine and advance the flexographic printing process and who bring significant contributions to the industry in terms of adoption, change, and competitive posture.

An easy, consistent process with nearly simultaneous main and back exposures

The new, unique XPS Crystal, ultimately part of a complete automated platemaking system, is a digitally-controlled exposure unit, supporting all photopolymer flexo plates. Plates are placed onto the glass surface, where very accurate back and main exposures—by patented LED UV light technology that allows very precise control—are conducted simultaneously. Nothing else is required from the operator. The consistent light source and nearly concurrent back and main exposure deliver unmatched relief and image consistency combined with perfectly formed flat-top dots. As a result, these plates deliver the highest level of consistency and quality on press. 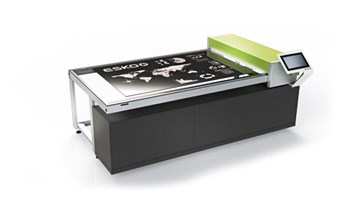 The XPS Crystal is a major achievement because it offers significantly improved consistency, key to achieving and maintaining optimal print quality. One of the primary factors influencing plate stability is UV exposure. UV LEDs don’t need warm-up time and always emit consistent radiation. It has also been proven that the shorter the time (dwell) between main exposure and back exposure, the finer the detail—like highlight dots, tiny linework, and text—that can be held on the plate. The XPS Crystal completes these exposures nearly simultaneously, providing the absolute highest quality dot and fine elements. In addition, only when this time difference is fixed, are those elements of repeatable quality–for every digital flexo plate type at every time of the production day. This is simply not possible with a light frame. The XPS Crystal does all this while being the simplest exposure system available. There is no more need for constant measurement and adjustment as UV output changes.

By linking the XPS to the CDI, automating and simplifying the flexo plate making process is coming much closer. The combined CDI Crystal XPS solution reduces five manual steps in the traditional platemaking process to just one step. The platemaking device integrates with the entire prepress workflow, including Device Manager, to optimally control the output of plates. In addition, soon the imaging and exposing units will connect to a plate processor. Thus, flexo platemaking will become an easy and controlled process with high quality, consistent output.

“Esko saw the same industry excitement when the CDI was first introduced and then, a decade later, HD Flexo technology. Initial customer experience is driving the same type of market excitement. Esko is leading the flexo plate making industry and there are thousands of flexo plate imagers—and many compatible flexo plates—that can use this XPS exposure unit right now,” explains Marsoun. “The first round of advanced companies is installing the complete, automatic imaging system that includes the CDI Crystal and the XPS. The next few years promise to deliver even more efficiency along with higher and consistent quality, moving even more jobs to flexo.”