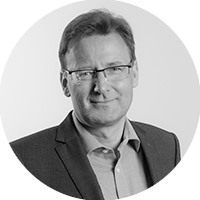 Thomas Klein (1966) looks back to 20 years of experience at Esko. He obtained a master degree and PHD in the area of Laser Material Processing.

In 2014 Thomas got promoted to VP Flexo Business, in 2015 he took the role of VP Hardware Business.